Report of the third day of the Plone Beethoven Sprint 2018 in Bonn, Germany.

The Beethoven Sprint was a “strategic” sprint that took place June 21-25 at the kitconcept office in Bonn, Germany. The focus of the sprint was to work on the Pastanaga editor, Plone-React, plone.restapi, and Guillotina. This is the report of the third day of the sprint.

After having breakfast and doing a quick stand-up, we started a discussion about how to store datetimes in Plone. This was a discussion that came up when we implemented plone.restapi. Though, this question is more related to plone.app.event. As seen many times in the Plone community, when it comes to complex technical matters, offline discussions work way better than discussing issues back and forth via github comments.

Since we had all the experts at the sprint, we decided to schedule a discussion to solve the issue. In the end we reached an agreement that dates should be stored as UTC and that the local time zone should be stored separately in an additional field, for instance to calculate recurring dates.

Thomas Buchberger worked on the workflow endpoint and added a feature to change the workflow state recursively, to set the effective and expiration date and to allow workflow comment.

Lukas Graf finished his work on implementing redirects in plone.rest based on plone.app.redirector. The redirects do not only work for simple GET requests but also redirects POST, PATCH, und DELETE requests.

Mikel Larreategi made plone.restapi return cachable image resources to improve the caching of images in plone.restapi.

Roel finally wrote a PLIP for the IPloneSiteRoot and fixed edge cases and a few bugs in the current implementation.

Victor completed his work on plone.schema, allowing to use a JSON field in Plone that validates the JSON structure within the field and also allows through-the-web editing. He also finished the backend behavior for tiles and blocks to store the tiles and the tiles layout on a Plone content object. 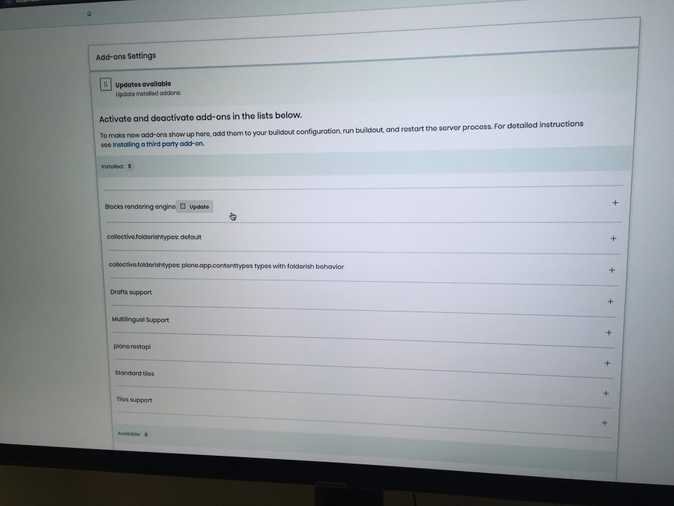 David completed his work on the vocabularies endpoint by implementing the frontend widgets that rely on those vocabularies to make sure the endpoint serves its purpose.

Davi Lima and Victor continued to work on the override mechanism for Plone-React (JBOT) to customize widgets and views in a config.js file using a babel plugin. 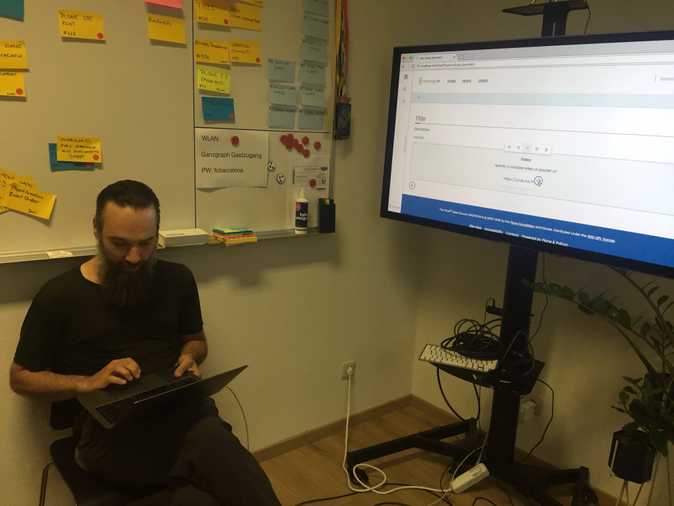 Rob presenting the new video tile for the Pastanaga editor

As always, Rob did not give us any time to breath and added a YouTube video tile to the Pastanaga Editor, that shows a YouTube video in the editor itself and on the content view.

Of course that wasn’t enough for a day, so he fixed a few other smaller issues and worked on exposing the sitemap.xml via Plone-React.

Dinner and some late night hacking 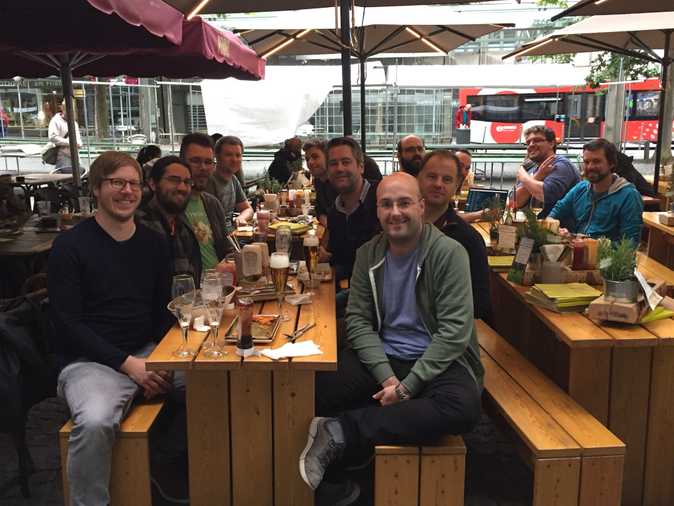 Rob might not admit it, but after claiming he could fix all those issues mentioned above in one day, he continued to work on the sitemap during our dinner at a local burger restaurant in the inner part of the city. We’ve been there ourselves, so we didn’t mind, while we were enjoying our tasteful cocktails. After a good meal, some drinks, and having to say good by to Eric, we went back to the office.

We said good bye again to our fantastic Dutch Plone-React team Rob and Roel and then went on to hack a little bit more on the stuff we were (and still are) so enthousiastic about.