Report of the second day of the Plone Beethoven Sprint 2018 in Bonn, Germany.

The Beethoven Sprint was a “strategic” sprint that took place June 21-25 at the kitconcept office in Bonn, Germany. The focus of the sprint was to work on the Pastanaga editor, Plone-React, plone.restapi, and Guillotina. This is the report of the second day of the sprint.

After having breakfast at the office, we started the day with a stand-up/wrap-up meeting with Ramon Navarro Bosch presenting Plone-React running on Guillotina. The user can add new content, edit existing content, and browse the content with Plone-React and Guillotina, which is a huge acomplishment and a promise for the future of Plone. After the stand-up Ramon had to say good bye to the other sprinters and head home to Barcelona.

Rob Gietema continued his work on the Pastanaga editor. At the end of the day, he was able to present a working version where the user can add a title and a description tile as well as a text tile with inline styles such as bold, italic, headlines, links, and lists. 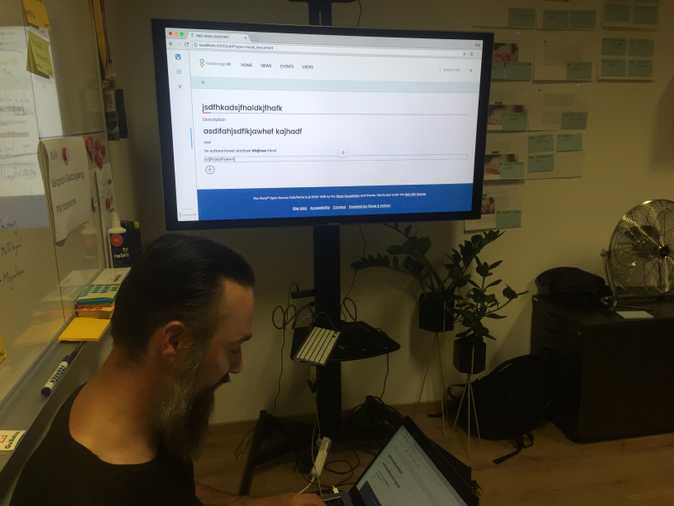 Rob also added an image tile that allows you to upload images. The uploaded images then can be aligned left, right, in the middle and in full width or just be deleted. 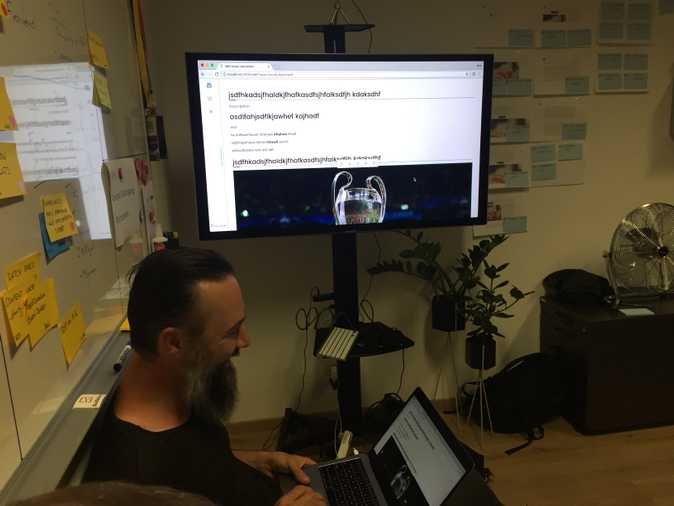 Image tile that can be aligned left, right, center and displayed with full width.

Victor Fernandez de Alba finished his work on the tiles backend for the Pastanaga editor (https://github.com/plone/plone.restapi/pull/547), so Rob could present a fully functional editor that actually stores the content (text and images) in Plone tiles.

Eric Steele continued his work on the add-on control panel and was able to present a first version at the wrap-up at the end of the day. 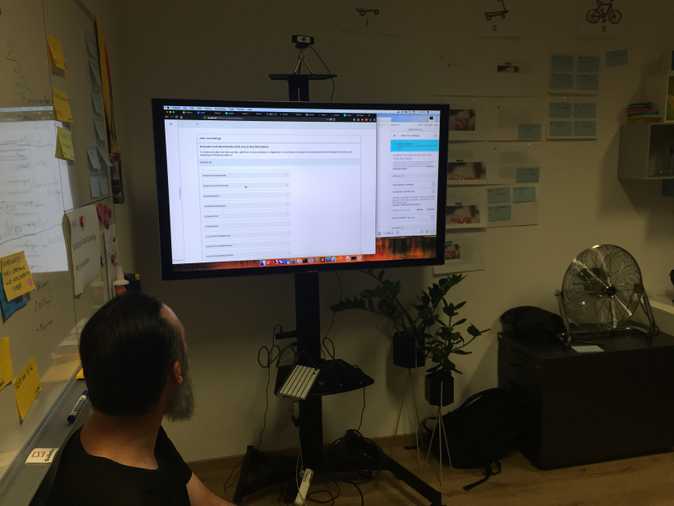 Carsten Senger worked on implementing the users and groups control panel in Plone-React which now allows to add and delete users.

Victor worked on being able to use Plone-React as a library that allows developers to override React components. The system is supposed to work the same way as JBOT (just-a-bunch-of-templates) works in Plone.

Johannes Raggam and Andrea Cecchi continued their work on the reference widget and were able to present a first prototype. We agreed that we have to put some effort into the UX/UI of that widget, but that was beyond the scope of a sprint and requires the help of a UX specialist.

Thomas Buchberger finished the pull request for the object create order and started to to work on the workflow endpoint enhancements.

David Glick worked on enhancing the vocabularies endpoint with batching and filtering.

Lukas Graf continued his work on the translations of the REST response data, fixed a few bugs and wrote a script that tests the Sphinx-based documentation for warnings and errors and fails the Travis build if there is a problem.

Mikel Larreategi finished the pull request for the history endpoint and documented the Accept-Language headers in plone.restapi. He also started working on making the image scales that plone.restapi returns cachable.

We were able to release plone.rest 1.1.1 and plone.restapi 2.1.0 as well as plone.schema 1.2.0 with a JSON field that is required for the tiles endpoint in plone.restapi.

Germany was playing at the soccer world cup in the evening, so we decided to order Pizza for dinner and then split up between people that wanted to code and people that wanted to watch the game. As you might have guessed the latter group was rather small. We ended up in a bar because the public viewing was already full. Though I guess the sprinters got a taste of the German soccer culture. After the game we went back to the office to join forces with the others again to wrap up the day and hack the night away.